Marcus Knauer is a veteran producer and live performer based in Portland, Oregon, USA who prefers to keep a low profile and his head buried deep within his Octatrack or a thundering kick drum. And that’s good news, since his tracks express a deep focus and show a masterful understanding for the mechanics of what makes a great techno track.

Knauer may be a new name to you, but he brings nearly two decades of skill from sound design, production and live performances to every song. Driving, powerful, dark, bass-heavy techno is a reflection of his techno roots in the Midwest and his determined, resolute personality. Which most likely means you won’t find him at a mega-festival or a daytime beach rave any time soon.. dark rooms and dark music is where this artist thrives and desires his music to be played.

Marcus will be Co-headling along side DJ Mojave as our live act for our next event. We’ll see you there as Marcus tries to tear down the walls.

Check out Marcus’ newest release on his Picture Of Sound Label release with his original track Battery, along with a remix by Sean Ocean and a dub rework by M.Knauer. The release is primarily an acid laced #techno track that pushes what the definition of what acidmusic can be and evolves the concept of what the xox sound can be used for in a modern sense. Check out the previews the remix and other snippets by Marcus Knauer.
Look to buy Here.

and on Portland’s own Subsensory Recordings as well as links to buy here. 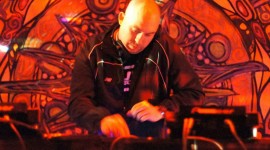